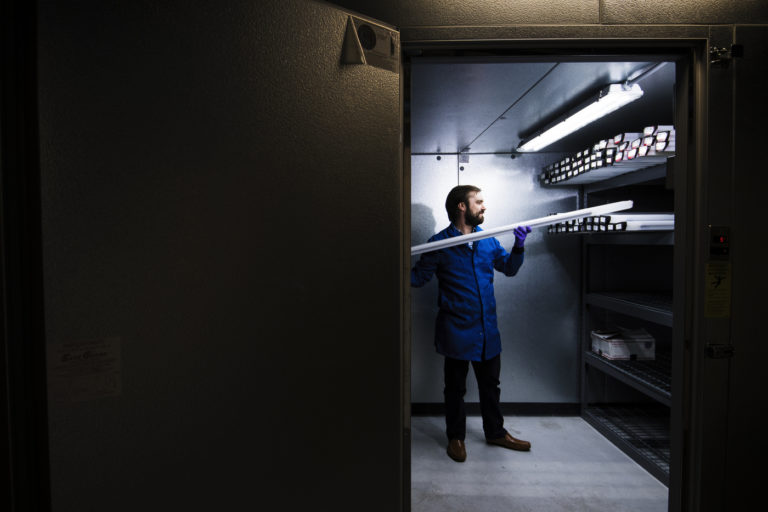 Transforming the Mississippi River to its current state has been like domesticating a wild wolf. The river today is generally calm, easy to navigate, and friendly to people living and farming nearby. But without billions of dollars in engineering over hundreds of years, we’d be dealing with a very different animal.

The Army Corp of Engineers has installed levees, dams, and other man-made elements to tame the Mississippi. But it still floods, sometimes with devastating consequences. And, in fact, those engineered systems may have inadvertently heightened the flood hazard, according to new research led by geoscientist Samuel Munoz, assistant professor of marine and environmental sciences at Northeastern.

In a paper published Wednesday in the journal Nature, Munoz and his colleagues write that the probability of a 100-year flood occurring in the Mississippi River system has increased by 20 percent over the past 500 years, three-quarters of which is due to river engineering and other human activities. The research lends support to a movement underway to de-engineer rivers back to something closer to their natural states.

River engineering has benefitted people and communities in many ways, Munoz said. Levees provide flood control, dams facilitate navigation and generate electricity, and dredging or excavating the riverbed has created navigation channels. But these activities also appear to have unintended consequences.

“All these changes we’ve made seem to have significantly heightened the probability of getting a really big flood,” Munoz said.

However, he underscored that the study found that river engineering is only partly to blame for the increased flood risk, and noted that these changes have provided enormous economic benefits over the years. But they have also come at a cost.

“What is becoming increasingly clear is that efforts to control nature—to try to impose our will on it, as what has been attempted on the Mississippi—is usually more difficult and more expensive than what was imagined,” Munoz said. “The broader lesson here is that we need to find better ways to work with nature—to harness its powerful natural rhythms—rather than try to fight it.”

To predict a major flood, researchers need a history of the river’s natural rhythm. The problem is that written data on flooding in the Mississippi only dates back about 150 years. But Munoz and his team devised a clever way to look back centuries further.

They used two techniques. One involved collecting sediment from what’s called a flood plain lake—a lake that sits right next to the Mississippi. When the river floods, its water level rises and topples over its banks, carrying coarse sediment into these neighboring lakes. Researchers took a boat out on one of the lakes and used an aluminum irrigation pipe to penetrate deep into the floor below. When they hoisted the pipe back up, it was filled with layers of mud—most of it fine and smooth. But some of the layers were coarse and gritty.

“All those coarser layers, in theory, should correspond with flood events that have happened in the past,” Munoz said. And they did. His team saw distinct rows of sediment for the two largest known floods on record—one in 2011, another in 1937. Following the layers, they reconstructed when and how intensely the Mississippi River flooded, dating back five centuries.

The second technique relied on the natural annual record produced by tree rings. Most of the time, trees standing by the Mississippi thrive undisturbed. But when the river floods, water inundates their roots, and some trees—oaks, for example—become particularly distraught. Their growth rings show signs of injury, Munoz said, with visual and cellular abnormalities indicating years when the river flooded. Researchers took small core samples from the trees and matched their injury rings with known floods in 1844, 1927, 1785, and others.

“We looked at several sites and locations along the river, using both of these different methods checked against each other and against the written record,” Munoz said. “We put all of that together and we get a composite record that goes back 500 years.”

Now equipped with centuries of flood data, Munoz and his team were well-positioned to understand the river’s natural rhythm and how it has changed over time. They found the river has flooded more frequently and intensely in the past century than any other time over the past 500 years. In fact, the probability of a 100-year flood—that is, a flood with a 1 percent chance of happening—has increased by 20 percent from 500 years ago.

What explains this increased flood hazard? To rule out a natural weather phenomenon, researchers compared their 500-year flood record to existing data on ocean temperature and circulation. They found that temperature variations in the Pacific and Atlantic oceans are historically correlated with how often the Mississippi floods and how big those floods are. But within the past century, that correlation cannot explain the large increase in flood hazard.

“The biggest floods on that river we’ve seen recently are a lot bigger in terms of the amount of water they move than anything we’ve seen in the past 500 years,” Munoz said. He and his team attribute about 75 percent of the increased risk of a 100-year flood to man-made changes to the river and surrounding land, collectively known as river engineering.

Much of what has been done on the Mississippi was intended to “channelize” the river, Munoz explained. “We’ve made the river straighter, we have tried to keep it in place by laying concrete mats along its banks, and when it floods, we use levees to keep all the water in the channel so that it doesn’t spill out onto its floodplain,” he said. “It is this process of channelization that, in theory, increases the amount of water that passes through the channel and how fast that water goes during a flood.”

Scott St. George, an associate professor of geography, environment, and society at the University of Minnesota, peer reviewed the paper. He said the research allows us for the first time to take a truly long-term look at flooding on the Mississippi.

Munoz and colleagues “give us the chance to compare floods before and after people tried to control the river. And that 500-year perspective is absolutely essential to answer the question whether modern floods are in fact more severe than the older, ‘natural’ floods that occurred in the past,” St. George said.