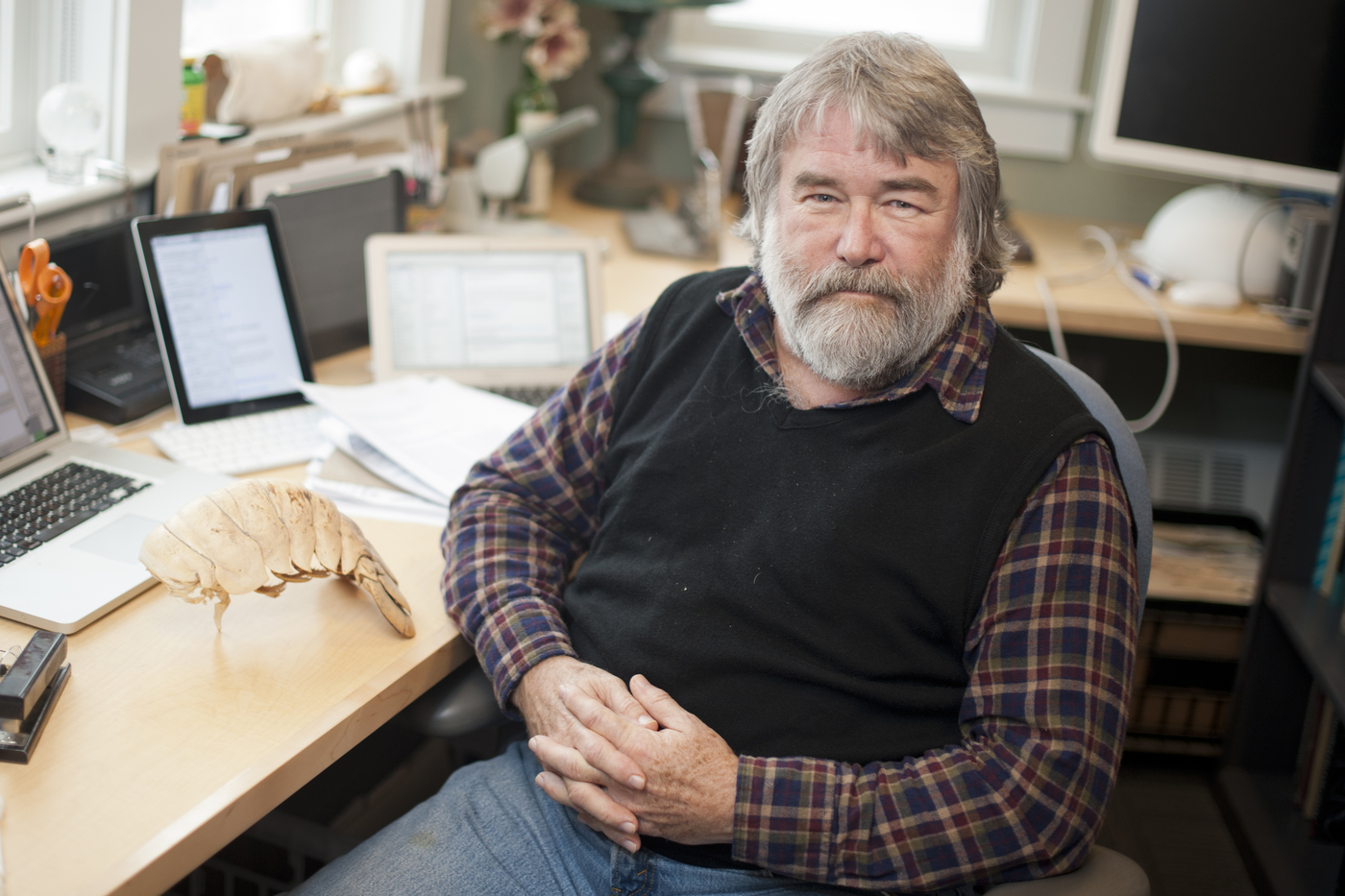 Joseph Ayers believes industrial fishing—trawlers, in particular—poses one of the greatest threats to coastal ecosystems. Trawlers’ nets scoop up not just the targeted fish species, but other fish and marine life that make up healthy coastal habitats.

Ayers, an expert in the behavioral neuroscience of marine life and the son of a fisherman, wanted to devise a more sustainable way to farm fish. (Fishing, he notes, is a better food source than meat production, which consumes large amounts of natural resources and generates methane gas.) But Ayers knew the task was too complex to handle alone. So he enlisted a team of eight collaborators.

The team is developing a donut-shaped “tank” that is 60 feet in diameter and is suspended in a carbon-fiber frame that is lightweight yet strong. The system, which has a provisional patent, solves several problems that plague typical open-net fish-farming systems. It is enclosed to protect fish from disease and prevent them from escaping. It has a bioreactor to safely remove and recycle fish waste. Its microbubble aeration system keeps oxygen flowing to fish, even at great depths. It has vertical buoyancy units that allow it to pop to the surface every week or two to be refilled with fresh food. The system can be folded up like origami to easily transport it from site to site.

The device can go as deep as 150 feet and grow as much as 100,000 pounds of fish in a typical 18-month growing season. And it is also almost fully autonomous, requiring little manual labor.

“We’re working on making the system fully autonomous, so an operator can look on his mobile phone and monitor the fish and habitat quality in the tank,” Ayers says.

Each team member worked on a specific piece of the innovation. For example, CSI fisheries expert Jon Grabowski identified fish species most likely to thrive in the system. CSI engineer Jerome Hajjar strengthened the tank’s frame. CSI professor Amy Mueller is developing water-quality sensors. Ready Containment, a Florida company that produces military-grade equipment, has helped design the tank. CSI’s Steven Scyphers examined the socio-economic forces at play in the fish-farming industry to determine which fishermen might be interested in the device. Northeastern business professor and startup expert Marc Meyer is assisting with a business plan.

“Finding people whose capabilities complement each other was the key to success on this,” Ayers says. “[The interdisciplinary team] has this incredible body of expertise that created something better than the sum of its parts.”